Gerald Stafford Malone graduated with a BA in Business Administration with graduate work in Finance and, Business Administration.  He continued his graduate work at CSUF in Anthropology with areas of concentration in Celtic Studies and Museum Science.  Gerald is a Certified Financial Planner, an Enrolled Agent, and a Registered Investment Advisor.

Gerald brings over forty years of experience to the Foundation.  He was the Secretary/Treasurer of MacFarlane Enterprises, ran his own tax and investment practice and was a Revenue Agent with the Internal Revenue Service.

Gerald is a founding member of the Board of Trustees and the first Treasurer for the Foundation and was the treasurer and grant writer for the Anaheim Museum, Anaheim, CA.

Sue Malone hails from Chincoteague Island, Virginia.  She graduated from California State University, Fullerton with a Bachelor and Master of Arts in Design and went on to teach art concepts at Rancho Santa Ana Community College. She created and facilitated the Life Drawing Workshop at the Anaheim Museum through the Anaheim Art Association where she served many years as a Board Member.

Sue worked for over ten years as the Senior Exhibit Designer for the Anaheim Museum before moving to Oceanside, California where she now resides. Prior to her involvement in the visual arts, Sue was a musician having worked as the piano accompanist for the Maury Manor Music and Ballet Conservatory, the West Anaheim Baptist Church and for the community theater productions of the Anaheim Playhouse. Sue was a founding member of a barbershop quartet, The Mandeville Singers, and the director of several children's and young people's choirs.

Sue Malone has been with Celtic Life and Heritage Foundation from the very beginning, appointed as a founding member to the Board of Directors by Timothy Johnston. 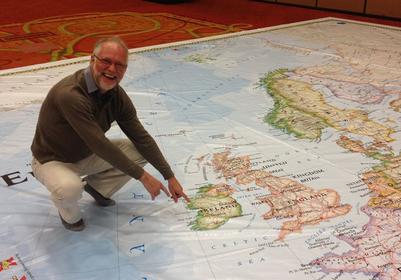 Celtic Life and Heritage Foundation was formed in 1990 by the late Timothy Michael Johnston of  Ravensdale, County Louth.  Timothy came to the United States in the 1950's to help his older brother with his AC & Heater business before venturing to Alaska where he worked on the pipeline. Timothy settled in Anaheim, CA in between contracts and met many Irish Americans.  He was saddened to find that many did not know about their heritage so he founded Celtic Life & Heritage Foundation.  Timothy died in 2003 but his vision and passion live on.

Anne Tipper began working with Celtic Life & Heritage Foundation in 2014 after a twenty plus year career working her way up through the ranks of The Home Depot.  There she rose to the level of Regional Operations Director over a five state territory and $3 billion in sales. 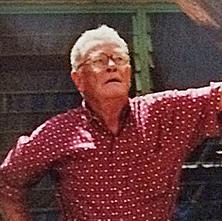 Concurrently, Anne owns and operations AT Development & Solutions, along with being the CFO for Point of Solutions, and filling in as interim CEO/COO for organizations.  Anne is the author of Moving Up:  Action Steps for Career Success and a recording artist with her piano instrumental Desert Rain, available on iTunes.   Anne resides in the greater Seattle area.

Kieran O'Mahony grew up in Ireland on his family farm in west Cork. He also lived in the Gaeltacht (Irish speaking) of west Kerry where he learned Irish language, music and dance.  Kieran received his Masters in Education in Ireland, and then earned his PhD in Cognitive Neuro-science from the University of Washington in Seattle. As a Learning Scientist at the National Science Foundation’s LIFE (Learning in Informal and Formal Environments) Center, Kieran engages in design-based implementation research and is published in peer-reviewed journals. His work involves a translation of latest findings in molecular neuroscience into practices and strategies for improving learning in K-12 schools and designing personalized learning that enhances individual learners’ potential.  Through his non-profit NeuralEducation.org, Kieran trains teachers how to engage and ignite learning through a neural lens.

Kieran is an accomplished Uilleann Piper, playing with his band Carrigaline, teaches and practices Irish dance at festivals and events, teaches the Gaelic language, and has written several books, both academically and for fun. Kieran’s book Ireland: Going Back can be found on Apple iTunes iPad edition (co-written with his mother, Bridget).  Kieran also has a new book Every Child's Potential, out in the Fall of 2019.  Kieran lives in Seattle, WA with his family.

The Foundation is currently run by Stafford & Sue Malone and Anne Tipper with Kieran O'Mahony as Advisor. 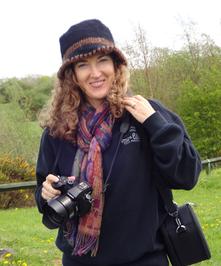 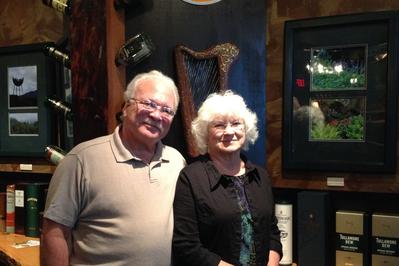