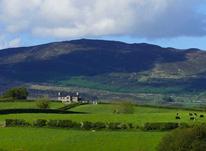 Drama and solitude characterize the Burren, a large limestone escarpment on the far western coast of Ireland, internationally famous for its landscape and flora. 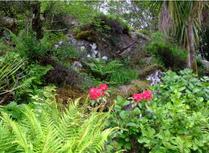 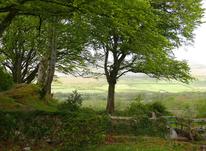 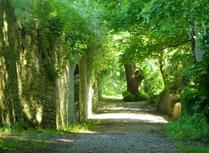 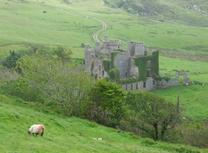 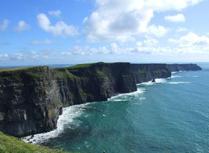 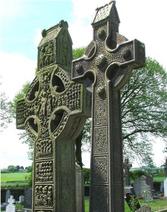 Round Tower at Monasterboice; an early Christian monastery founded in the late 5th century.  It was an important center of religion and learning until the founding of nearby Mellifont Abbey in 1142.

The graveyard at Monasterboice surrounds the cross of Muiredach (left).  Circa 9th century, the cross is the apex of the High Celtic Cross art form, combining both ancient Celtic and Christian symbolism. 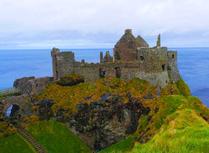 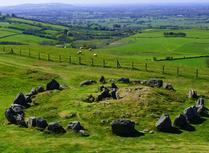 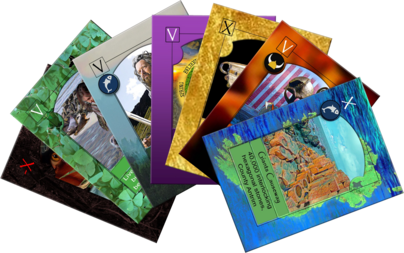 The card game full of legends, fork lore, treasure, ancient places and magic!  Come, take a journey through Ireland's past and present and see where it leads you!

Beauty and new life among the grave stones 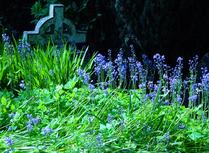 Give yourself, or others, the gift of Irish beauty.  Whether the card game Seanchai, with its beautiful artwork and Irish lore, or a Greeting Card to lift the spirits, or a beautiful print to showcase on a wall.

There are many options to choose from!

A grand manor house built circa 1818 surrounded by sheep and cattle west of the town of Clifden in Connemara region Galway, Western Ireland, went into ruin with the Great Potato famine in 1845. 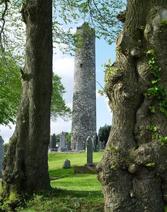 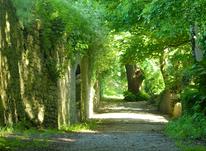 Bishops Walk through gardens, behind Rock of Cashel in County Tipperary, which contain descendants of the original hop plants used by Richard Guinness, founder of the Guinness brewery.

All greeting cards are printed full color on 100# card stock and come with Classic Crest 80# envelopes.  Blank inside. Text by each image is on the back of the card.

Easily defendable, this small opening to the Boyne River was used to offload goods and supplies arriving by boat to Trim Castle, County Trim, the largest Norman castle in Ireland. 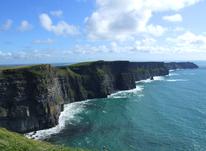 Two rows of beech trees line a quiet road near the town of Ballymoney in County Antrim, Northern Ireland. 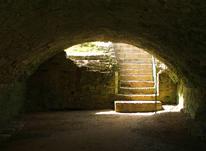 Forests in a glacial valley near Glendalough Monastery in County Wicklow, long ago tempted Viking raiders who harvested timber to build their longships. 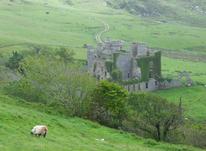 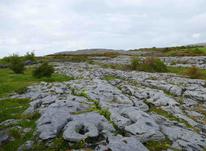 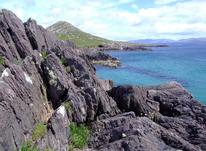 The bronze sculpture, by Eamonn O’Doherty, represents the monks’ voyage to the monastery at Skellig Michael, County Kerry.

Looking through the gardens to Glenveagh Castle
County Donegal, Ireland.

Photos are printed on Archival paper to ensure lasting life and come in either 11x14 or 8x10 size, perfect for a standard frame.  Inscription by each image is printed on the back.

First built in the 13th century, Dunlace Castle is on the edge of basalt outcropping and accessible only by the bridge connecting it to the mainland; County Antrim, Northern Ireland

The Rock of Cashel was the traditional meeting place for the High Kings of Ireland for several hundred years prior to the Norman invasion, County Tipperary.

Breathtaking landscape of the Coomanaspic Pass in the
southwest of Ireland along the Skellig Ring in County Kerry.

Tourists mingle with locals for a pint, good conversation, and traditional music in the Temple Bar district of Dublin on the South bank of the River Liffey. 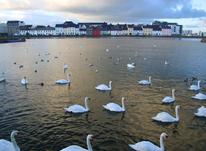 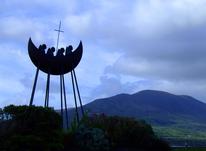 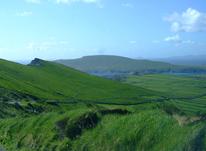 Looking beyond a fairy fort to a picturesque valley in County Clare; fairy forts are actually ancient ring forts preserved by nature for millennia. 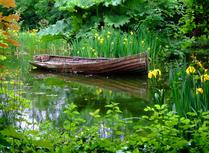 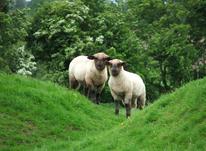 Standing 702 feet at highest point, the Cliffs of Moher stretch for five miles along the Atlantic coast of County Clare. 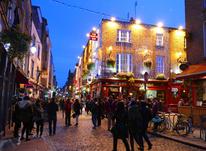 A working corn mill based on findings of an excavation in Mashanaglas, County Cork, is found in Bunratty Folk Park.

The entrance to Glendalough in County Wicklow, a Christian monastic settlement founded by St. Kevin in the 6th century.

Thatched roof cottages were common buildings all over Ireland particularly in the inland swampy areas of County Clare, Ireland. 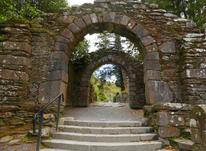 A retired gandalow graces the watery world of Bunratty Folk Park, County Clare, located where the Shannon River merges with the large estuary before emptying into the Atlantic Ocean. 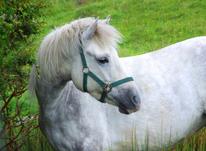