Queen Mebd was the legendary queen of Connaught who lived sometime around 50BC – 50AD.  In those times whichever spouse had the most material possessions had greater power.  When Queen Mebd and her husband King Ailill compared their wealth they were almost entirely equal except in one commodity.  King Ailill owned a strong and robust bull that Queen Mebd did not.  The queen had heard of the Brown Bull of Cooley which was even bigger and stronger then the King’s white bull.  The queen crossed the bog lands to acquire it and invaded Ulster.  Her men were beaten by the legendary Cú Chulainn, but Queen Mebd was able to retrieve the brown bull and bring him back to Connaught.  The two bulls fought.  The Brown Bull was victorious but received a mortal wound and on the way back to Ulster, the Brown Bull Died.  With the death of both bulls, Queen Mebd and her husband King Ailill conceded that their wealth was equal. 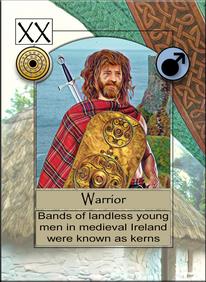 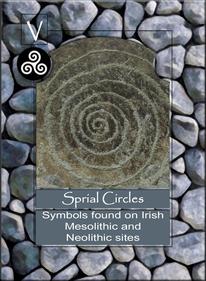 Fionn mac Cumhaill was a legendary hero in Irish mythology and there are many stories of his heroics.  The fish scéal is actually two of Fionn’s scéalta.  The first is the Salmon of Knowledge.  Fionn met a druid and poet near the river Boyne and studied under him.  The druid had spent many years trying to catch the Salmon of Knowledge for whoever ate of the salmon would gain all the knowledge in the world.  When he finally caught it he had Fionn cook it for him but NOT to eat any of it.  While cooking the salmon, Fionn burned his thumb and instinctively put his thumb in his mouth swallowing a bit of salmon skin and Fionn received all the knowledge in the world.

The second scéal occurs later in Fionn’s life when a Scottish Giant began shouting insults to Fionn across the channel from Scotland.  Fionn began throwing huge chunks of earth to create a bridge between Ireland and Scotland so the two of them could fight it out.  But when the Fionn saw the size of the Scottish giant he had second thoughts.  Fionn instead dressed up as a baby and when the Scottish Giant crossed the causeway and saw how large Fionn’s “baby son” was figured that Fionn must truly be huge.  So he ran back across the causeway tearing it up as he went.   What we see today are the remains on each island of the causeway built by Fionn so long ago. 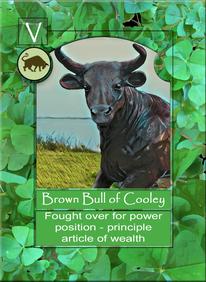 The Celtic Cross Scéal is the story of St. Patrick and Ireland’s conversion to Christianity.  Prior to St. Patrick’s arrival in the early 400’s AD the people of Ireland were mainly pagan with druids as the priests and teachers.  St. Patrick was actually from Britain and at 16 was kidnapped and taken as a slave to Ireland.  After escaping he became a cleric.  Years later St. Patrick saw a vision of the Irish people asking him to come back and he returned to Ireland as a missionary.  He set up hundreds of small churches and by the early 500’s there were also many monasteries.  Some monasteries were extremely remote while others were effectively small towns and seats of learning.  Irish monasteries became famous for their learning and people came from all over Europe to study there, especially during the Middle Ages with the decline of the Roman Empire. 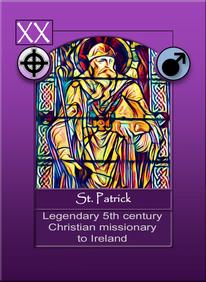 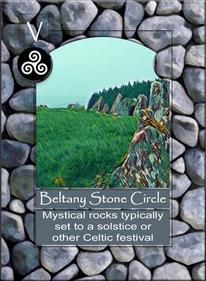 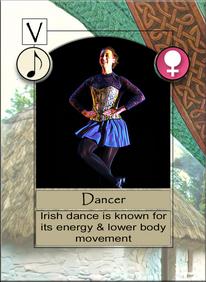 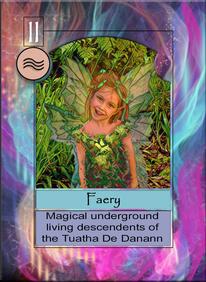 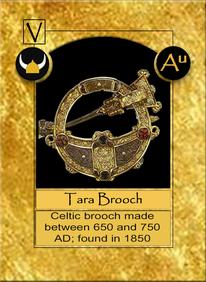 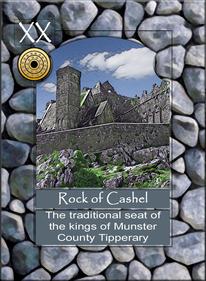 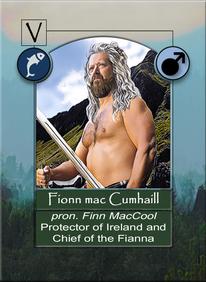 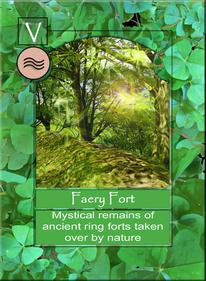 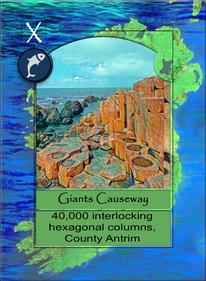 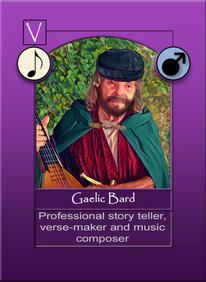 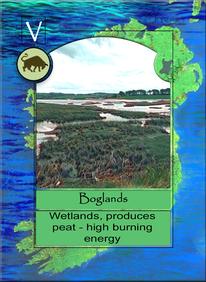 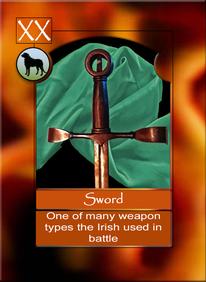 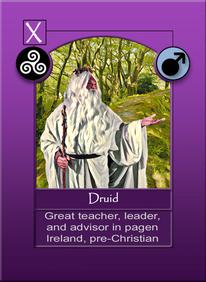 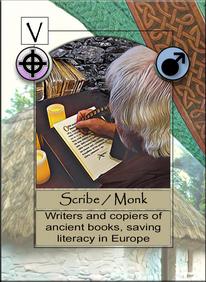 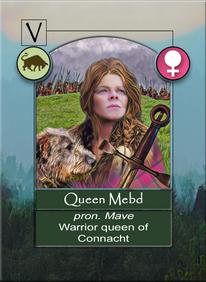 During the Stone Age the people of Ireland built amazing passage tombs with spiral incisions, ancient temples and perfectly aligned gathering places.  The druids were a learned class and lead the people in oral tradition as priests, teachers, and judges of the land. Stone circles, aligned to the sun, moon, or stars, were important gathering places for festivals and ceremonies.

The Music Scéal celebrates music and dance and how important it is to Irish culture.  Even in pagan times music was not only to dance to but also gave teachings to the people of Ireland through the bards.  When the English ruled over Ireland there was an effort to destroy all things Irish, but the music and dance survived and became a rich and famous Irish legacy for the world today. 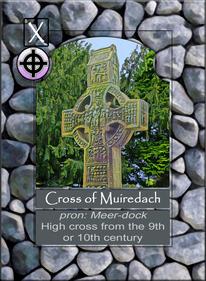 Cú Chulainn (fromerly known as Setanta) is one of many heroes in Irish Mythology.  This scéal is how he received his name.  Young Setanta set out for Emhain Macha the training school he hoped to join, turning young boys into warriors.  Different accounts have his age ranging from 5-9 years old.  When he arrived the boys were playing a game of hurling and Setanta joined uninvited and scored a goal.  Upset, the boys attacked him but Setanta warded them all off while the King watched.  Impressed, the king invited Setanta to join The Macha.  Later, the King invited Setanta to a feast at Culann’s house.  After playing a game of hurling Setanta arrived late to the feast.  The King forgot to let Culann know that Setanta would be arriving late and Culann’s guard hound attacked Setanta.  In self-defense Setanta killed the wolfhound.  Culann was upset with the loss of his hound so Setanta promised he would guard Culann’s house until a new hound was trained, and so he did.  As a result Setanta was called the hound (Cú) of Culann (Chulainn).

The scéalta of Seanchaí 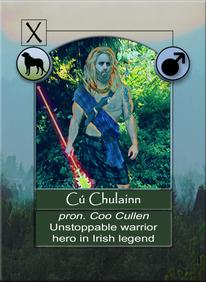 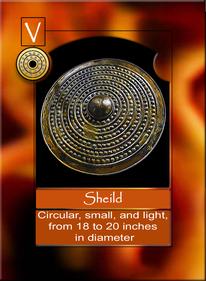 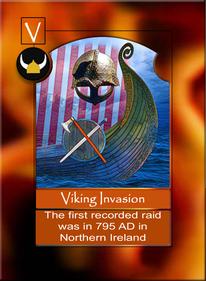 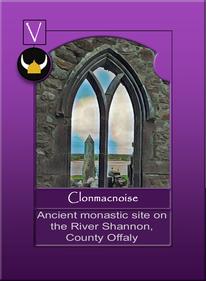 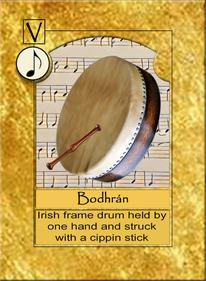 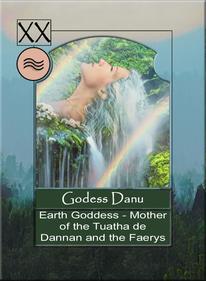 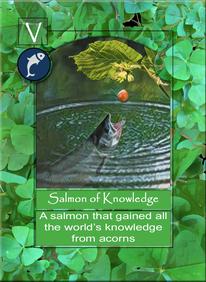 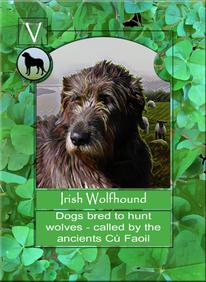 The Shield Scéal represents the constant struggle and fighting that has plagued Ireland from its beginning.  Warriors and kings played an important role in the change of power.  There were multiple kings and chieftains and each province had its own high king.  They battled each other as well as other invaders including the Celts, Vikings, Normans, and English.  The Rock of Cashel was the seat of the kings of Munster dating back as far as 360 AD until it was granted to the church in 1101 AD.

The Vikings discovered the bounty of Ireland and began raiding the people in the late 8th century AD.  The Vikings began to winter in Ireland in-between attacks c. 840 AD.  Monastic sites were all through Ireland by the time the Vikings began raiding.  Monasteries had stores of food as well as precious religious objects and became targets, many destroyed.  The Vikings, being pagan, had little regard for the sanctity of those objects except for their physical value.  It was around this time that the round towers were built both as outlooks to give warning of the Vikings coming, and as a place of safety and protection.   When the Vikings began to settle in Ireland they established ports along the coast which became the first large towns in Ireland:  Dublin, Wexford, Waterford, Cork and Limerick.