Part of the faery family, Púkas are shape-shifters.  Most often they appear as a black horse that runs at night, tearing down fences, scattering live stock.  They may even lure a human and run away with them.

Sometimes Púkas take the form of a goat, a rabbit, an eagle,  or even a goblin demanding a share of the crop.  Whichever form they take, it is not good to see one for they create mischief and chaos wherever they go. 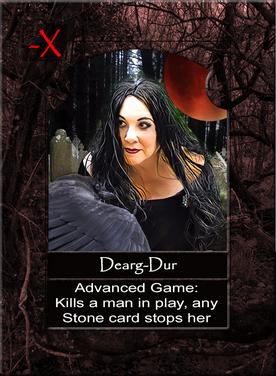 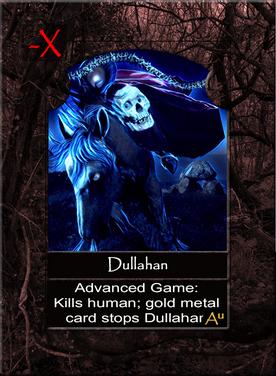 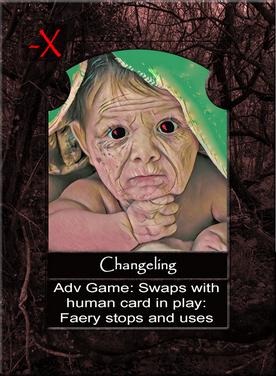 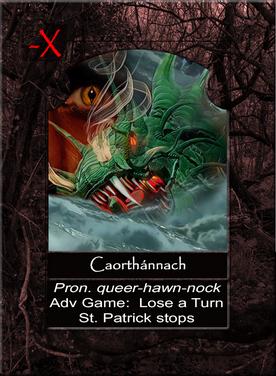 Riding a stead with sparks on its feet, carrying its head in one hand and a whip of bones in the other, the Dullahan is... well, death itself.

It only utters one word for each journey it takes:  the name of the soul it will take.  Its eyes can see through anything, focusing to find the person it seeks.  Nothing can stop the Dullahan from achieving its mission, although there may be hope in delaying it...

Gold.  Gold may delay the death of the person in the Dullahan's sight.  Wearing gold jewelry, or keeping a gold coin in a pocket may buy a soul some time.

A changeling is a unwanted faery baby that is switched with a beautiful human baby.  Well, usually... but faeries may also decide an adult human fits their fancy and make a switch.  Maybe their eye falls on a a handsome, strong male or a beautiful woman, or maybe there is retribution afoot for disturbing their faery fort.  Who knows the mind of a faery?  Best just be wary and leave them alone.

But how can one tell if they are dealing with a changeling  or a human?  Changelings are constantly unhappy and mean.  But it is the sudden change in temperament that will give the best clue that a loved one has been snatched.

Caorthannach is the Mother of the Devil.  She has been around since the birth of the world creating havoc and spawning evil. That is, until Saint Patrick came along.

It is said St. Patrick banished all the snakes in Ireland from atop what is now know as Croagh Patrick.  However,  Caorthannach would not be banished so quickly and so the two of them fought for 2 days and nights.  When she realized she could not defeat him there, Caorthannach slithered to Lough Derg in County Donegal where St. Patrick defeated her. 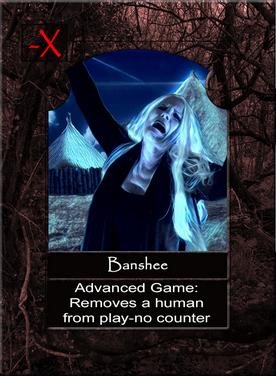 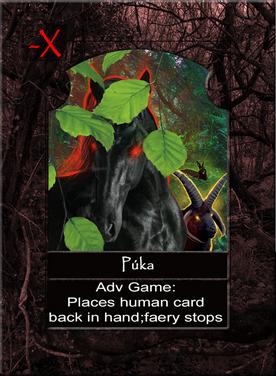 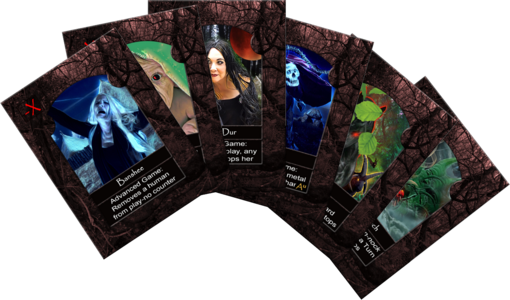 About 2,000 years ago a nobleman's daughter was born in Ireland known for her rare beauty across the land.  As luck would have it, she fell in love with a peasant but the alliance was not acceptable to her father who forced her into an arranged marriage to a wealthy but cruel and abusive man.  Eventually she killed herself to escape and was buried in County Waterford, near "Strongbow's Tree".  In retribution she rose up out of her grave and killed both her father and husband by sucking their blood.

Now, every year on the anniversary of her death she rises again seeking out men to kill.  Only by stacking rocks on her grave can Dearg-Dur be kept at bay.

A banshee (Bean-Sidhe) meaning "faerie-woman"  is a female spirit that warns of the imminent death of a family member.  She herself does not kill, only warns so the family has time to prepare.  A banshee usually takes of the form of a woman either young with long silver hair or old with dirty grey hair, wearing rags, and unkempt.  She warns by wailing and often the sound of her wailing can be heard before she is seen.  ​