MacGillucuddy's Reeks is a mountain range in County Kerry, in the southwest of Ireland.  Stretching over twelve miles, it boasts the tallest peaks on the island and include the only peaks over 3,300 feet high.

Named in the 18th century, from the family (or clan) Mac Giolla Mochuda (anglicised to its current form), the chief owned land in the area until the end of the 20th century.  Legend has it, he is a direct descendant of Mogh Nuaghad, King of Munster who ruled around 125 AD. 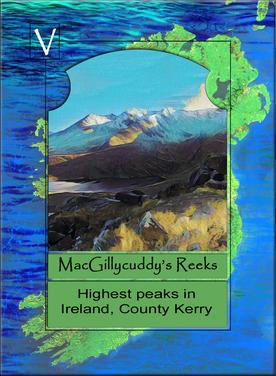 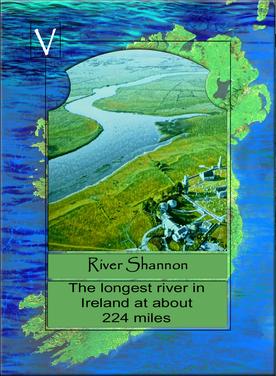 The Cliffs of Moher tower 702' above the ocean at its highest point.  The magnificence of the cliffs is not only in their height but how far they stretch:  about five miles long as the crow flies and close to ten if all the nooks and crannies are calculated.  Home to over twenty species of birds, they may hold up to 30,000 birds in peak season.

​The cliffs are located on the west side of Ireland in the Burren, County Clare, and have been featured in such movies as The Princess Bride, Harry Potter and the Half Blood Prince and Leap Year. 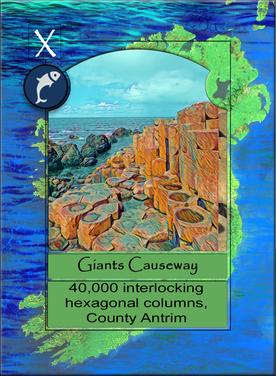 Made up of two towering sea crags, Skellig Rocks are located in the far southwest of Ireland, County Kerry,  a little over seven miles out in the Atlantic Ocean.

The larger of the two islands, Skellig Michael, was once a a monastic site founded sometime around the 7th Century.  This site was chosen to gain  greater union with God, withdrawing from civilization to this remote and inaccessible place.

Today, Skellig  Michael is an important breeding site for seabirds, a visitors delight, and has been featured Star Wars movies. ​ 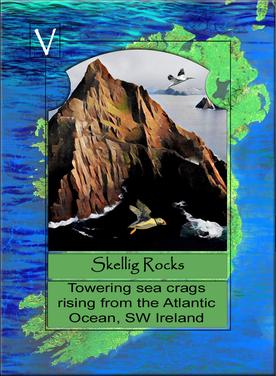 The basalt columns in Northern Ireland are some of the most famous in the world.  These amazing  columns are formed from lava as it pours out and cools slowly over time, creating a geometric pattern of  hexagonal rock.

They appear so perfectly shaped,  the ancient Irish created the story of Giant's Causeway - that giants built a causeway between Scotland and Ireland so the two could fight and determine who was the greater.  Fionn mac Cumhaill (Finn MacCool), an Irish legend, learned that the Scottish giant was bigger than him and so tricked the other giant into destroying the causeway to what it looks like today.

Named after the Celtic goddess Sionann, the River Shannon is the longest river in Ireland and divides the east and west sides of the island.

In mythological times, the River Shannon played host to a river monster named Cata until Senan, the patron saint of County Clare, defeated it.

The river has played a significant role militarily as first the Vikings used it to raid the monasteries deep inland, then later as a crucial line in battles between the Irish and English. 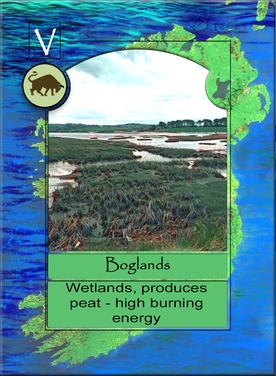 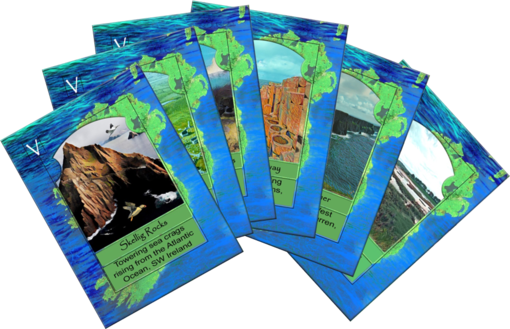 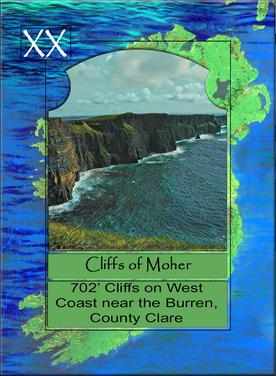 Although boglands only make up between 5-7% of Ireland today, in the past it covered much more land.

At the end of the last ice age much of Ireland was covered with shallow lakes that did not drain well.  Over time, layers of dead plants compressed to create layers of peat which make up the boglands.  It has taken about 10,000 years to create the bogs of today.  Bogs are about 95% water and the rest mostly made up of partially decomposed remains of dead plants.

There are two types - one found on mountainous slopes, which are fairly shallow (about 5' deep) and raised bogs of about 25' deep.  From these deep bogs peat is harvested as fuel for fires.