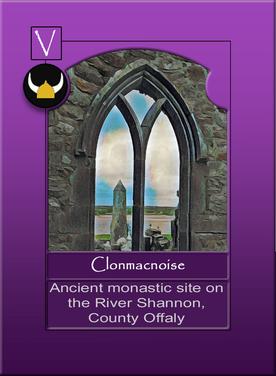 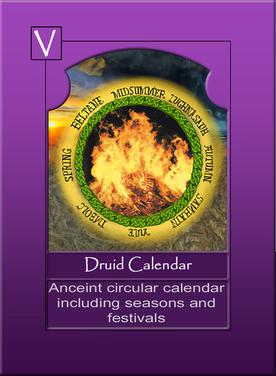 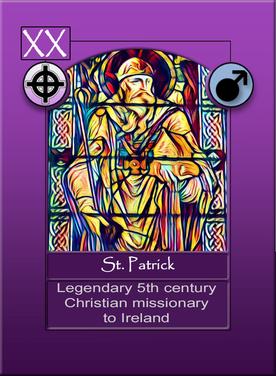 The Celts used a thirteen-month calendar following the moons orbit around the earth as one month rather than a set number of day such as is our calendar today.  In the course of a year, the moon orbits the earth twelve times plus, so a thirteenth month of only a few days was created to complete the cycle.  These thirteen months correspond to the tree calendar and to Celtic Fire Festivals.

The calendar begins at summers end or Samhain.  It is here when the night becomes longer than the day and corresponds with our modern-day Halloween.  Correspondingly, six months later marks the start of summer and is celebrated by Beltaine.

Druid comes from the word “dru” (tree) and “wid” (to know) and in modern Irish/Gaelic the word is “draoi” or “druadh” (magician, sorcerer).

There were three types of druids in Irish pagan times.  The highest class, known as druids, were the philosophers, judges, and teachers.  It took many years, decades even, to achieve this level of knowledge and respect.  The next level were Ovates who were the healers and seers, and lastly the Bards who sang the songs and told the stories of the tribe.

With the age of Christianity, and literacy, the druids’ status fell.  Most were in direct opposition to the new teachings of the church and druids faded from society: some converting others from persecution.

Clonmacnoise is one of many monastic sites in Ireland.  When they were first built, monasteries were places for spiritual reflection.  Soon people from all over Ireland and beyond travelled to these new centers of learning.  When the Vikings invaded, monasteries were prime targets for their stored food and valuables such as chalices and jewelry.  Monasteries became fortresses some with stone walls others with rounds towers for protection of people and goods.

Between the raids by the Vikings in the 9th century and the destruction of the English in the 17th century, many monasteries have been destroyed, but there are still some that have survived and are in use to this day. 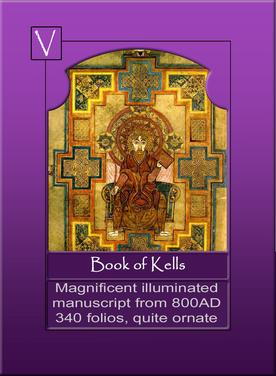 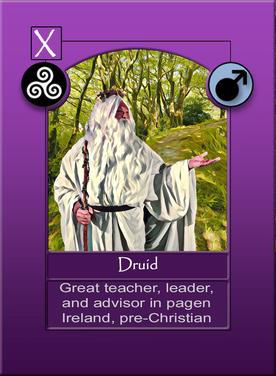 Book of Kells is one of the finest and most famous illuminated manuscripts.  It is a prize of Ireland having been created by Irish monks.  The Book of Kells includes the four gospels in Latin along with fine artwork and intricate decoration throughout the text pages.

The book is named after the Abby of Kells where it was hidden safely away for centuries, except for a singular theft where its cover was stolen for the gold.  Miraculously, the book made it through Viking raids and English invasions.   In 1654 the Book of Kells was sent to Dublin for safe keeping and in 1661 was presented to Trinity College where it remains to this day. 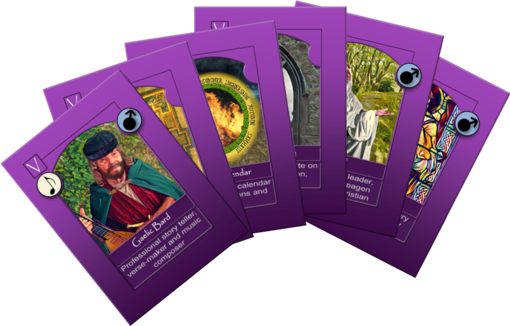 A Gaelic bard was a professional story teller, verse-maker and music composer many times employed by a lord to commemorate the patron’s ancestors or to memorialize the patron’s actions.   If not paid fairly, the bard might change the lyrics to satire rather than the inspiring deeds the patron wished to be portrayed.

The bard played the important role of communicating the history and traditions of the clan and country and continued in this role until the reconquest of Ireland by the English in the mid 17th century who had no use for them and continuing old Irish ways. 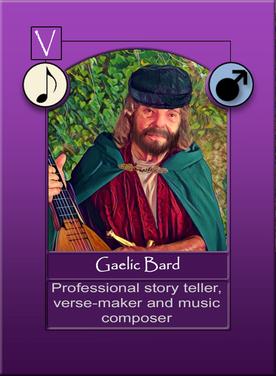 St. Patrick was born at the end of the 4th century in either Scotland or Wales.  At sixteen he was captured by Irish pirates and sold as a slave where he remained for the next six years.  Patrick escaped and studied to be a priest and later a bishop.  Based on a vision he had of the Irish calling him back, Patrick returned to Ireland.

Although St. Patrick has been credited with the conversion of Ireland from paganism to Christianity, there were other missionaries both before and after him.  St. Patrick is the patron Saint not only of Ireland but also of Nigeria and is celebrated all over the world on the anniversary of his death, March 17th.