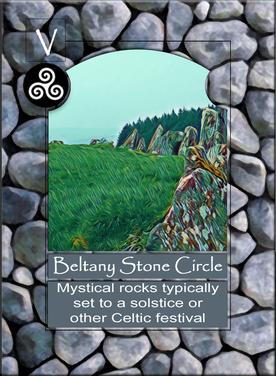 Spiral circles are found on the stones of many ancient Irish tombs.  The decorated stones at Newgrange in County Meath, include spiral circles, zigzag lines, chevons, triangles, and more and are considered one of the most important examples of megalithic art in Western Europe.  This stone art dates back to 2750-2250 BC. The motifs found on these ancient stones continue in art form well after St. Patrick and the coming of Christianity in Ireland. They are used as decorative motifs in both metalwork and in illuminated manuscripts, along with Celtic Crosses.  There has been much debate about what the stonework signifies with no one really knowing for sure.

At almost 16’ high, Muiredach’s Cross is one the most impressive examples of high crosses in Ireland.  The cross is dated back to the 9th or 10th century and has over 70 intricately carved panels representing bible stories or other symbolism.

High crosses are made of stone and stand alone, as opposed to being cut into a slab.  Most have a circle around the head of the cross and are intricately carved.  They usually have panels on all four sides with designs and carvings within.  These crosses sit on a base and usually have a cap on the very top.  Although carvings vary from cross to cross, the high crosses tend to have stories and symbols carved in panels. 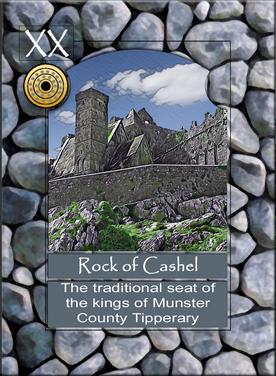 The ancient inscriptions of the Irish, Ogham writing consists of straight lines and hashes.  It was mostly used to inscribe names on stones between the 1st to 6th centuries AD.  There are twenty characters, although five additional were added later.

The letters can be translated fairly close to our modern alphabet although the sounds are different as shown in Gaelic spelling of words versus English.   The letters also align with the old Irish name of trees, for example the letter Dair  _II_ also means Oak in old Irish. 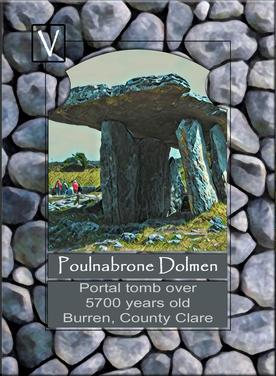 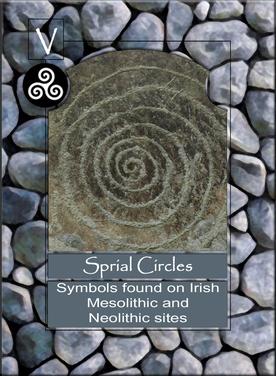 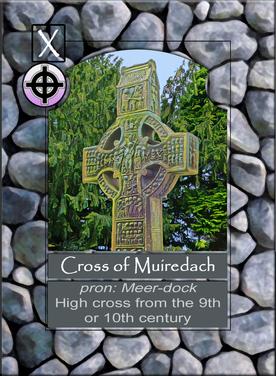 A dolmen is a portal tomb used by the ancient Irish to bury their esteemed people.  Poulnabrone Dolmen dates back to the Neolithic period somewhere between 4200 BC and 2900 BC.  The capstone is six feet high creating a chamber under of 30 feet.  Excavations found bones from 33 people, both adults and children, although only one adult seems to have lived past 40.

Dolmens are all across Ireland, some 190 of them.   There is generally an entrance, called a portal, usually blocked by a stone.  The most characteristic feature is the massive cap stone which forms the “roof”.  Most were then covered with mounds of stone. Over time, only the large stones of most dolmen remain.

Circa 2100-700BC, Beltany stone circle has 64 stones remaining (down from its original 80) averaging six feet tall and is about 145 feet in diameter.  It is named after the spring festival of Beltaine a fire festival celebrating the beginning of summer.

Stone circles are thought be connected with druidic ritual and the counting of the seasons.  Many are set to solstices, aligned to the sun or the moon, and help form complex prehistoric calendars. In order to create the exact settings, the ancient Irish would have had a significant knowledge of astronomy, engineering and geometry. 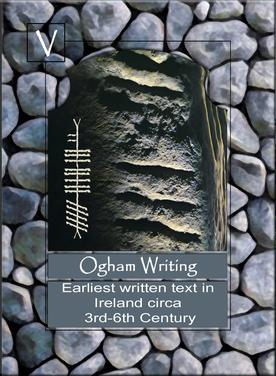 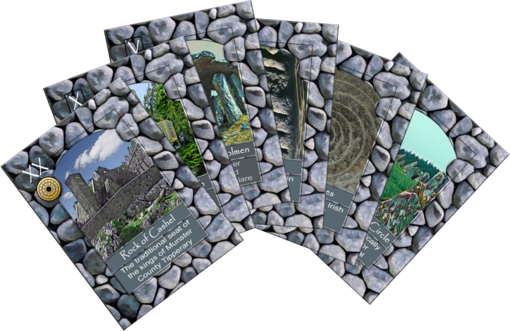 St. Patrick was also connected with the Rock of Cashel.  It was supposedly the place where St. Patrick converted the pagan King of Munster, Aengus MacMutfraich, to Christianity.

In 1101 the Irish King of Munster gave the Rock of Cashel to the church which later became the seat of the archbishop.  The buildings that survive today were mostly built in the 12th and 13th centuries.