Ireland was originally pagan, meaning they looked to nature for their religion.  When Christianity arrived in Ireland there was a meshing of the two.  Irish Catholicism was a bit different then the rest of Europe and pagan influence survives to this day.

Click on the suit or suit name to see each card. 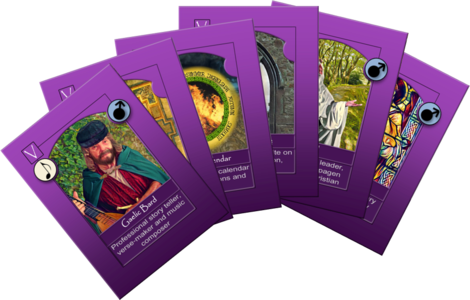 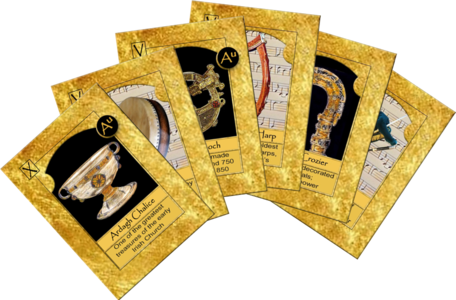 Although there are many amazing and legendary characters in Irish mythology, the legends in Seanchaí  show how both female and male are a part of Irish legend, how power, strength, and influence belong to both genders.

Leprechauns are a type of faery, and quite the most famous of those from Ireland.

Contrary to how American's view Leprechauns, they are shoe-makes and dress quite ordinary according to Yeats.  Although they can be mischievous and play tricks on mortals, they would just as soon be left alone to their craft.

Histories suggest Leprechauns favor red coats, not green, and the idea they have a pot of gold at the end of a rainbow is a singularly American creation.  They do have treasure though and the ability to trick mortals so as not to have it stolen from them. 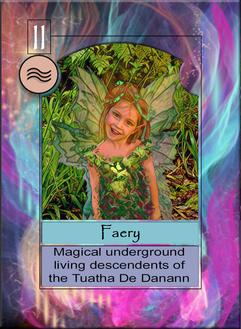 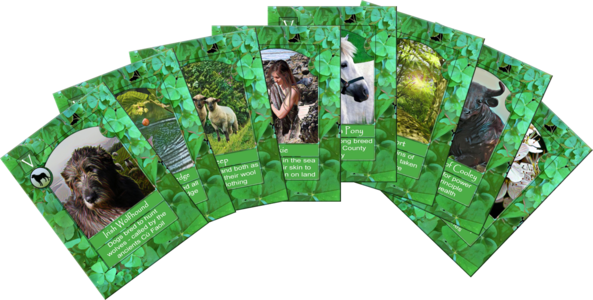 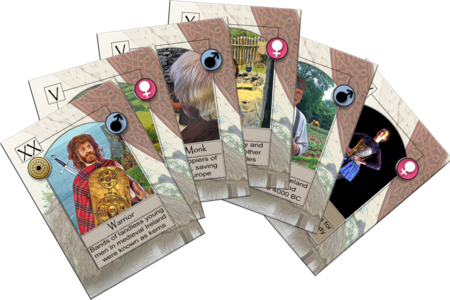 The Shamrock suit represents the flora and fauna of Ireland, some with their own legends and stories but all from the green island. 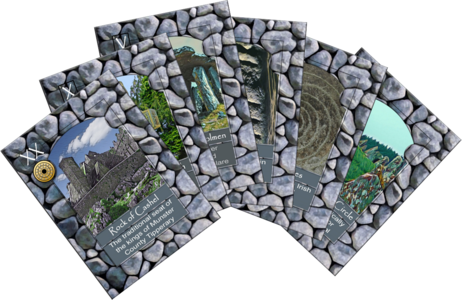 With a background of blue sea water surrounding the isle of Ireland,  the landscape suit showcases the different landscape to be found within Ireland.  While in no means comprehensive, the landscape cards show the diversity to be found.

Warfare was common in Ireland, throughout its history.  In ancient times, tribes with chieftains would war among each other.  As the world became smaller and people migrated, outside influences and would-be conquerors arrived in Ireland.

The suit is separated into two groups:

Men and women play many roles in ancient Irish society as well as today.  The roles represented here include both male and female modern and ancient. ​ 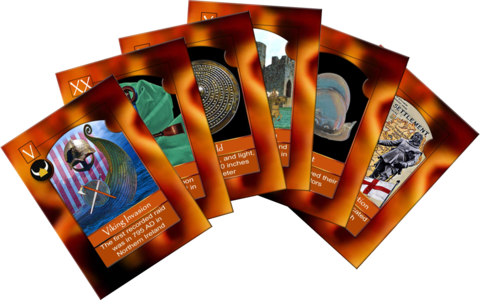 The ancient stone works of Ireland are some of the most amazing in Europe.  From some older than the pyramids, to showcasing advanced knowledge of the seasons, to beautiful artistry, Ireland has it all. 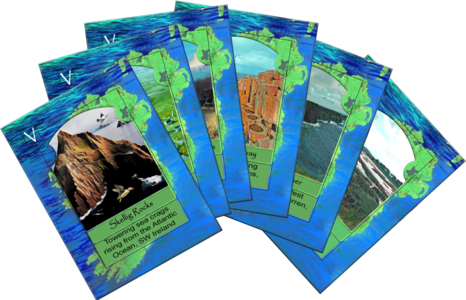 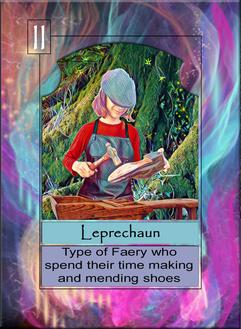 Although when we think of fairies in America a vision of Tinkerbell may come to mind, Irish Faerys are quite a bit different.

In short, Fearys are the descendants of the Tuatha Dé Danann who were in turn the descendants of the Goddess Danu.  When the Milesians defeated the Tuatha de Danan, the victors gave the defeated a choice: begone from Ireland altogether or be banished to the earth - underground.  Many of the faerys turned to abandoned nature-filled ring forts or deep rooted trees in forests.

Some faerys live in groups while others are solitary.  They are in between spirit and physical.  ​Faerys are not  the benign helpful creatures of modern fairy tale. They are a group to themselves.  Some may be benevolent others malevolent or both depending upon the situation or the perciever.  Woe be to those that disrupt or destroy a faery fort or tree for they will find bad luck upon their heels.  This is not just a superstition, if you ask those that know.  Best be to simply leave them alone.

The suit is separated into two groups: 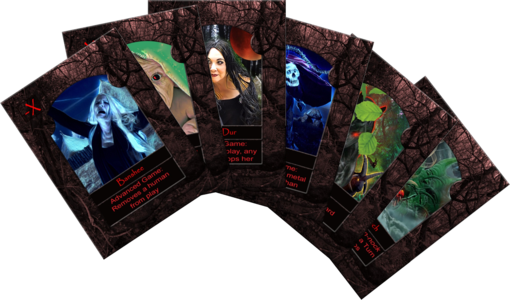 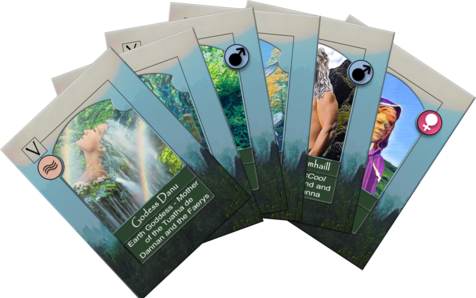 These are dark aspects of life in Ireland.  Many portents of anguish, explanations of strange going-ons.

None are evil, but are definitely cautions to be wary of.